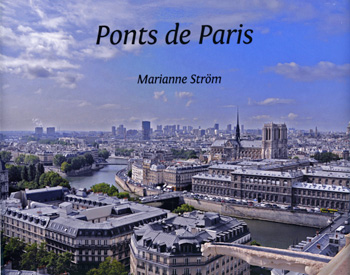 There are thirty-seven bridges and footbridges crossing the Seine river in Paris, which runs from east to west for a stretch of thirteen kilometers.

The photographs presented in the exhibition and in the catalogue Bridges of Paris are a selection of photos from my personal archives covering some thousands shots taken over a period of twenty-five years.