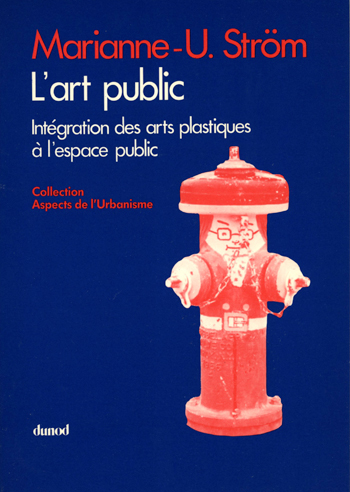 Art in public space is as old as mankind

Even though the medium, the material and the expressions certainly change, art has always sought to find a privileged place in public spaces : from the reliefs in the « Cobra Frieze » at the Step Pyramid, Saqqara in Egypt, or the heads of the Pyramid of the « Feathered Serpent » in Teothihuacán in Mexico, to the series of stripped columns, work by Daniel Buren, in the Palais Royal in Paris. Other examples are the monumental artworks by famous Oriental and Western artists engaged in the enhancement of cult buildings (synagogues, temples, sanctuaries, churches, mosques…)

However, with the passage of time and in the 20th century, public art lost its privileged place in public space and got mix up with decoration. The work of art being reduced to pure décor and the artist to a decorator. The 1% rule that public art got confused with – 1% of the building cost of public buildings was «strictly obliged to be invested in works of decoration… » – did not help to clarify the matter. On the contrary, public art got stuck in it.

But happily there are exceptions to the rule. Looking around our urban landscape we see examples that prove the opposite.